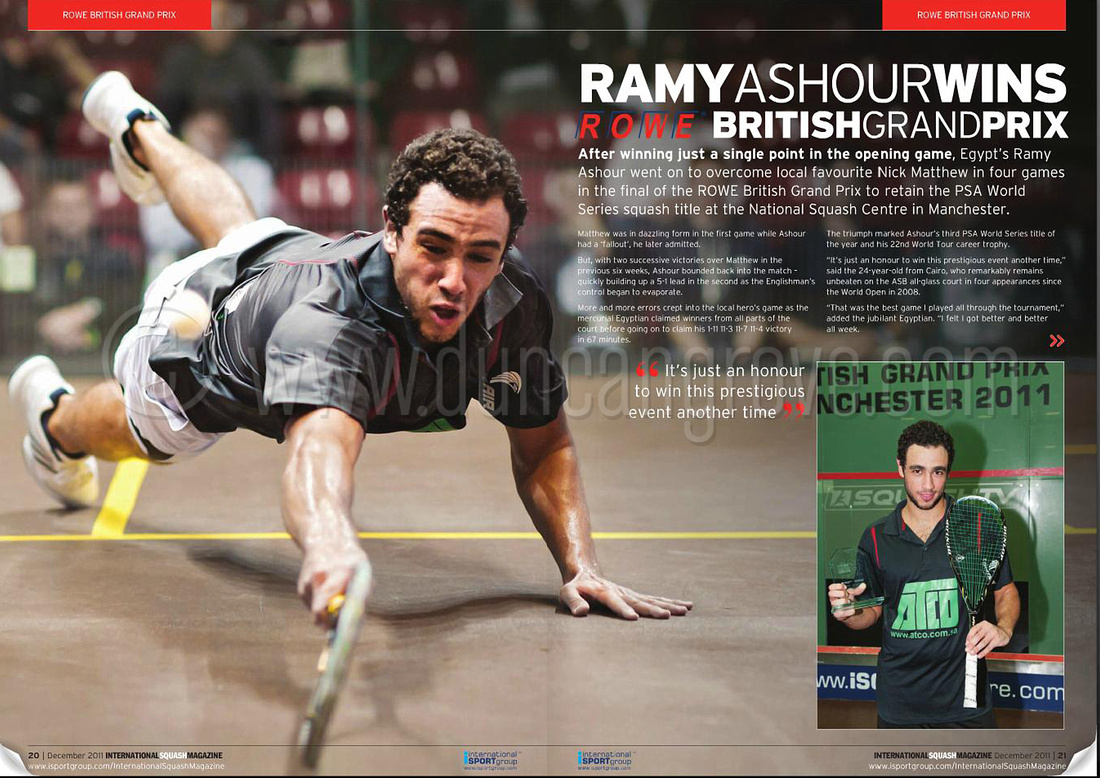 #December 2011.  For the second consecutive year Duncan was Official Photographer for the ROWE British Squash Grand Prix, the UK’s largest and most exciting squash tournament, which this year was held 19-25 September 2011 at The National Squash Centre in Manchester.

International Squash Magazine’s December 2011 edition features seven of Duncan’s images, including a double-page-spread of Champion Ramy Ashour diving for his shot.  Although the magazine is a leading printed publication with a circulation is excess of 40,000, an on-line version can also be viewed FOC here.

All of Duncan’s squash images from the 2010 and 2011 ROWE British Grand Prix can be viewed here. 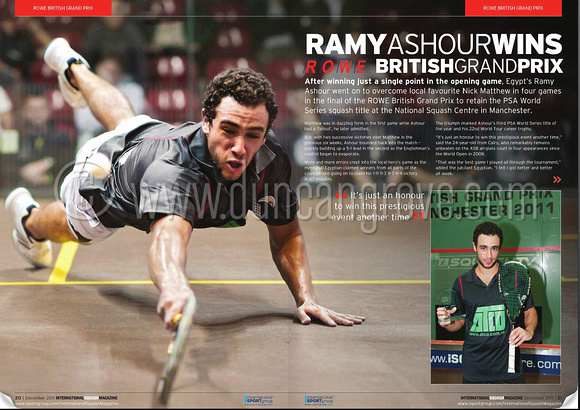 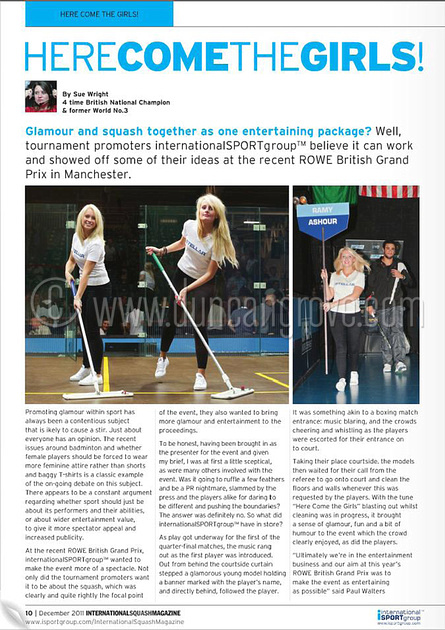 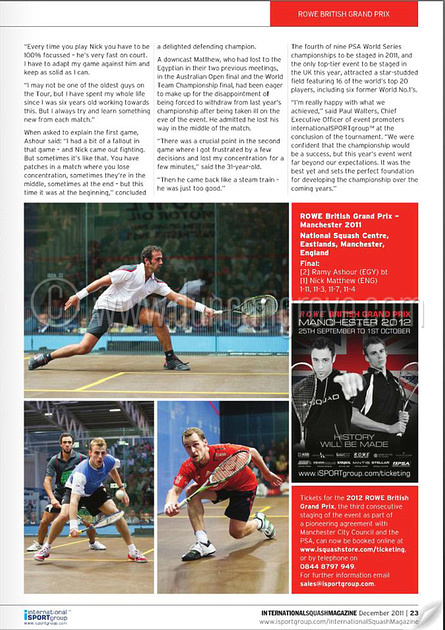