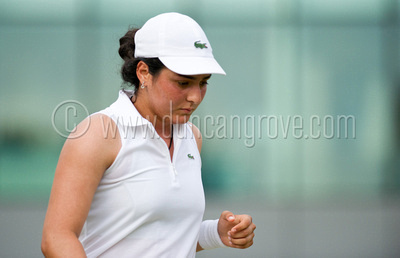 June 2011.  Tunisia’s leading youth lifestyle magazine “L’étudiant” has been following with pride the progress of Tunisia’s Junior Girl tennis player Ons Jabeur.  They describe her as “simple, sociable and determined” and as representing the hopes of Tunisian youth following the recent revolution.  These characteristics led her to become Girls’ Champion at last month’s French Open and the eyes of Tunisia will be following her progress at Wimbledon.  The magazine intends to publish a feature about Ons and has commissioned Duncan to produce their front cover, an A3 pull-out and other match shots.