September 2011.  With a circulation in excess of 60,000, International Tennis Magazine is the UK’s highest circulation publication of its type.  Duncan shoots the Wimbledon Championships on their behalf and their parent company internationalSPORTgroup has for the past two years appointed Duncan as Official Photographer for the ROWE British Squash Grand Prix.  (Takes place 19-26 September 2011 – see earlier post to order tickets).

September 2011′s edition of International Tennis Magazine features four of Duncan’s images, including a double page spread of the Men’s Champion Novac Djokovic. Duncan also supplied the inset image, another Djokovic trophy shot and one of the Bryan brothers.  An electronic version of the magazine can be downloaded here. 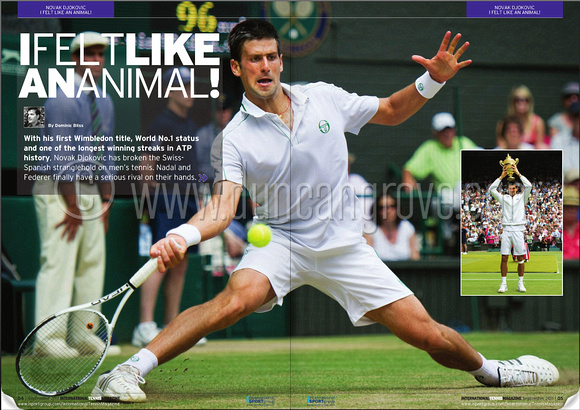 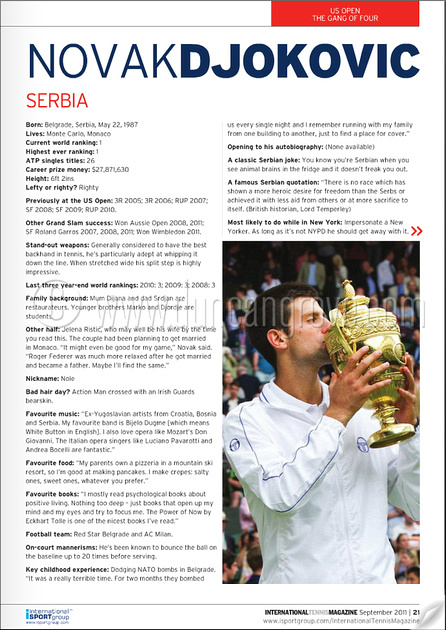 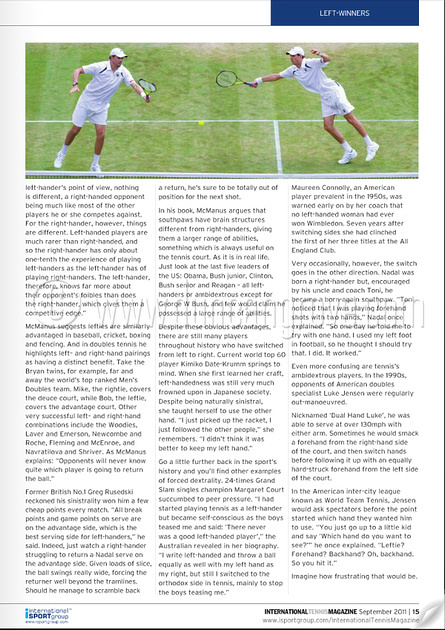