Duncan captures from his office window Andy Murray practicing with his coach. 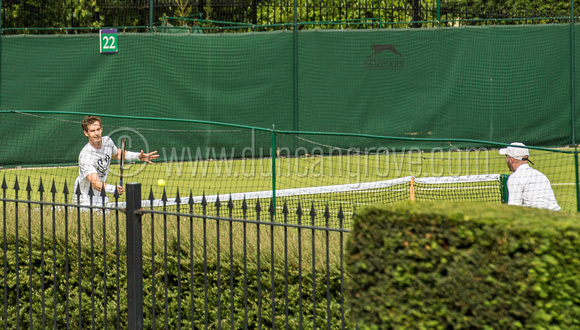 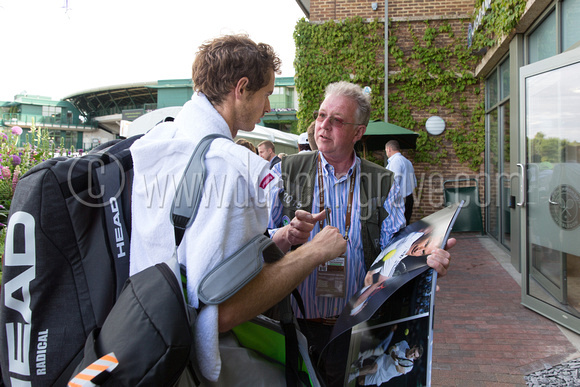 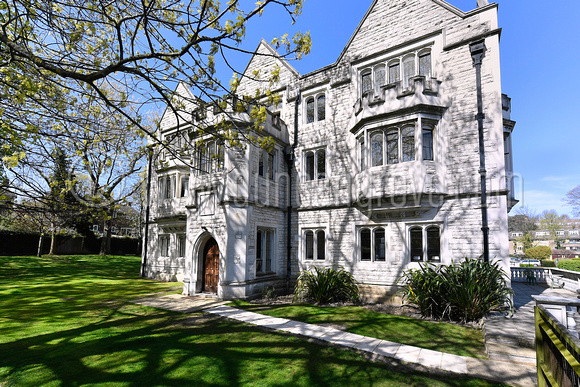 Duncan Grove Photography operates out of the ground floor of this converted gothic mansion, immediately adjacent to the AELTC and overlooking their Aorangi practice courts. 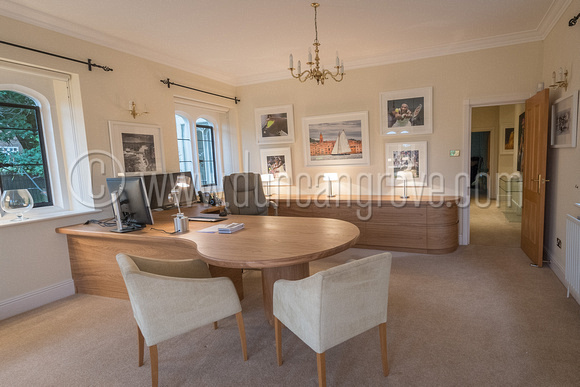 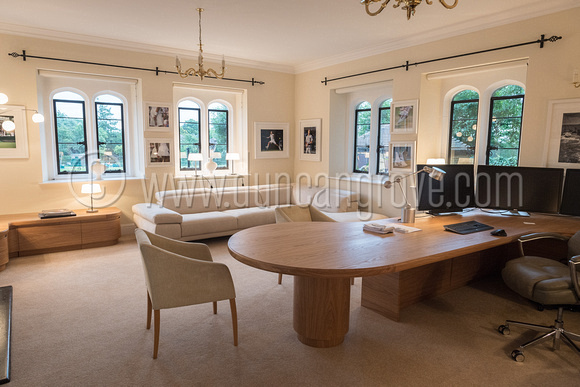 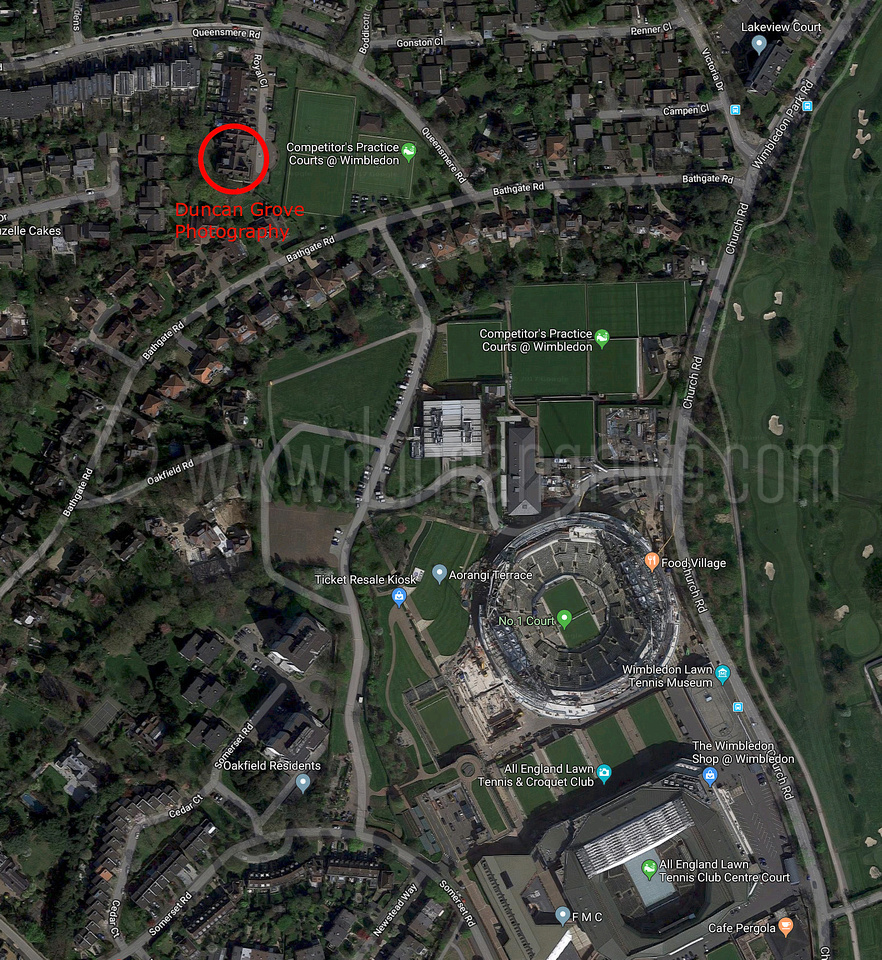 Duncan Grove Photography operates from impressive  premises immediately adjacent to the AELTC and directly overlooking their Aorangi Practice Courts.  Duncan often hears the gentle thwacking of tennis balls as Members practice.  One morning whilst sat at his desk he suddenly hears several aggressive “THERWACK, THERWACKs“!  Looking out of his window, Duncan saw Andy Murray practicing with his coach Jamie Dalgedo, just 25M away.

He swiftly took a few shots, purposely including the window frames in order to prove the shooting location to his mates!  He then went outside and started shooting over the fence.  This was perfectly legitimate but as an accredited Wimbledon photographer there was obviously no way that Duncan would want to upset a Wimbledon Champion.  Andy stopped playing and walked over.  “Here we go” Duncan thought, “I am going to get grief.”  In fact, this could not have been further from the truth. Andy just said “Hi, how are you?” and had a brief friendly chat.  Duncan offered to stop shooting but Andy said that it was not a problem for him.

Duncan comments:- “I have no relationship with Andy Murray but he probably recognises my face from seeing me around during so many Wimbledons.  He has also very kindly on several occasions visited my exhibition (whilst on other business) and signed some of my large-format, fine-art exhibition prints as well as my photo book.

At that time in the season (just prior to Queens), competitor’s are not yet allowed on the Wimbledon Practice Courts.  By dint of his Champion status, Andy is an honorary member of the AELTC and so was able to use them.  I could see no reason to give the UK’s Championships hope any grief over a few snapshots, especially when he has always been friendly to me when approached, so chose not to submit the images for publication.  I did read in the papers two days later that Andy had not touched a tennis racquet since the French Open and secretly delighted in knowing that this was incorrect!”