July 2011.  As an exhibitor, Duncan was invited to attend the opening ceremony of this exhibition, which is one of the longest standing and most prestigeous of its kind in the world.  It is being held at the stunning London offices of sponsors Allen & Overy LLP until 26 August, where after it tours the UK until May 2012. Duncan’s image   “Jarkko Nieminen, Wimbledon 2010″ was accepted as part of this year’s 120 image exhibition.  Duncan is a Fellow of The Royal Photographic Society; his images have prevoiously been accepted for the 2007 and 2009 exhibitions. 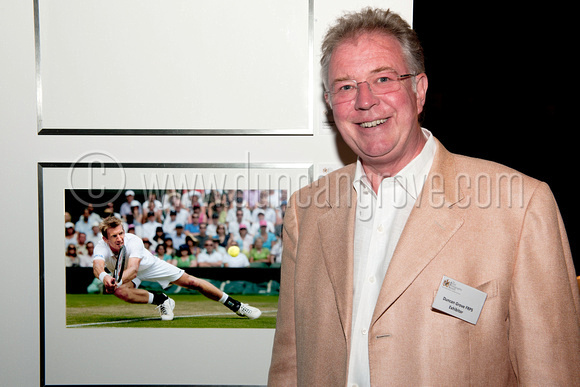