August 2011.  Duncan will have all the world’s major squash stars lined-up in his lenses next month when he acts as Official Event Photographer at Manchester’s ROWE British Grand Prix, since world’s top eight squash players have already confirmed their entries!

The ROWE British Grand Prix – Manchester 2011 is one of the year’s nine PSA World Series championships and will take place at the National Squash Centre in Manchester from 19-25 September.

With entries yet to close, a high-quality field is guaranteed for the biggest event to be staged in the UK in 2011 – led  by England’s own world No1 Nick Matthew and defending champion Ramy Ashour, the world No2 from Egypt.

But these formidable players – Matthew is the reigning world champion and Ashour winner of the world title in Manchester in 2008 – will have their work cut out against competition provided by Egyptians Karim Darwish and Amr Shabana, the world No3 and No5, respectively; Englishmen James Willstrop and Peter Barker, ranked  four and seven; plus French pair Gregory Gaultier and Thierry Lincou, both former world number ones currently ranked No6 and No8.

And the full draw will feature a number of exciting young players – all eager to make inroads into the elite top eight  group after success on the National Squash Centre’s spectacular all-glass court.

The ROWE British Grand Prix, for the second year the biggest event to be held in England, will be the fourth PSA  World Series event of the year, following the Australian Open in Canberra in August.

This is the second consecutive year that Duncan will have been Official Photographer at this event.  For those that cannot visit personally he will be posting images daily at http://www.duncangrove.com/squash (last year’s galleries can also be seen here).  Howver, with tickets costing from just £10.00, if you are anywhere near Manchester during 19-25 September it is well worth visiting and experincing the atmosphere for yourself!  If you are a regular follower of this blog, do ask one of the organisers to find me and I shall be pleased to say “hello”!

Tickets for the ROWE British Grand Prix – Manchester 2011 can now be booked online at www.isportgroup.com/ticketing  or by telephone on 0844 8797 949. For further information email: [email protected]

For all the latest information, visit the official website: 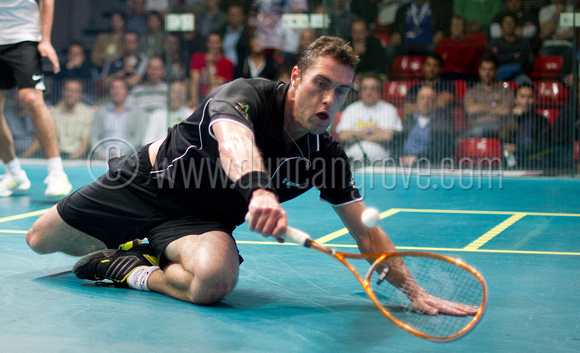 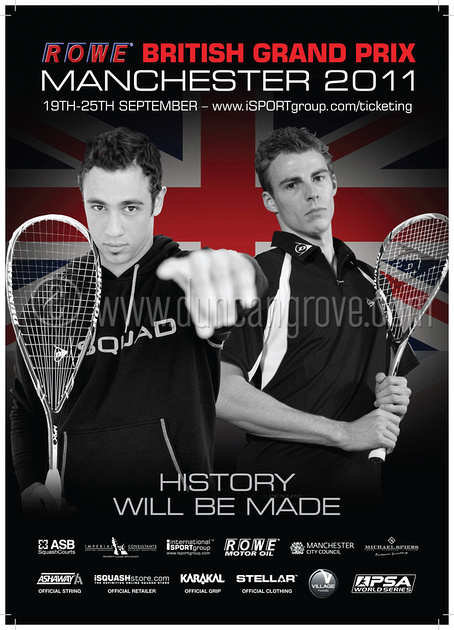