Speptember 2011.  Duncan has invested in two PocketWizard FlexTT5 receivers , a TT1 transmitter and an AC3 Zone Controller.  This kit allows him to trigger remote flashes wirelessly, control flash output from the camera and still benefit  from Nikon’s TTL metering system.

For his role as Official Photogrpaher at the recent ROWE British Squash Grand Prix he hired an extra two receivers and on several occasions used four flashes remotely with good effect.  Whild the two extra units have now been returned they will be referred to in his forthcoming letter to Santa! 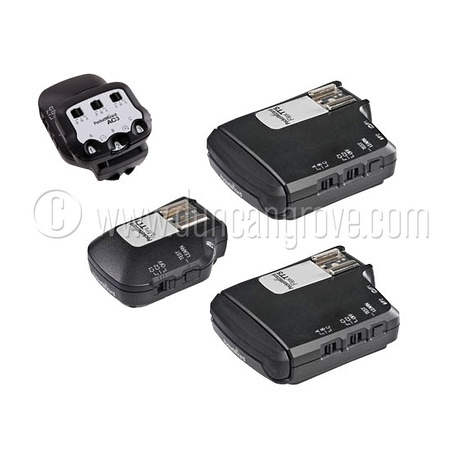