Duncan’s commissioned images published on cover and A3 pull-out by L’étudiant magazine.

August 2011.  Tunisia’s leading youth lifestyle magazine “L’étudiant” has been following with pride the progress of Tunisia’s Junior Girl tennis player Ons Jabeur.  They describe her as “simple, sociable and determined” and as representing the hopes of Tunisian youth following the recent revolution.  These characteristics led her to become Girls’ Champion at this year’s French Open and her compatriots are eagerly following her progress at other tournaments during the year.  L’étudiant has just published a feature on Ons, which is illustrated with images they commissioned Duncan to take at Wimbledon 2011.  These include the cover, an A3 pull-out and images accompanying the article itself.  Duncan found Ons to be a very friendly and pleasant young lady who, along with her coach Luca Appino, was very helpful and cooperative.  How did she do at Wimbledon?  Let’s just say she was not as successful as she was in Paris but look out for her in years to come! 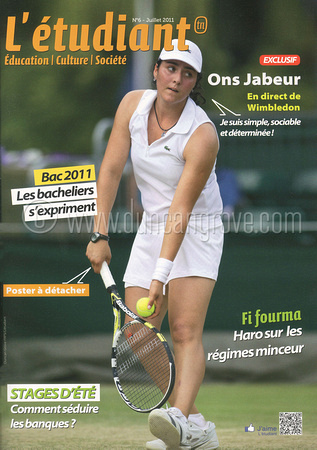 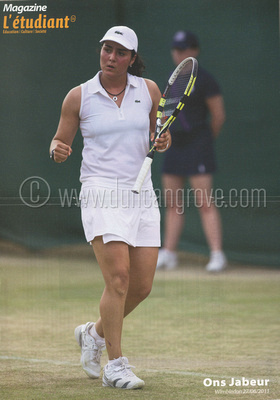 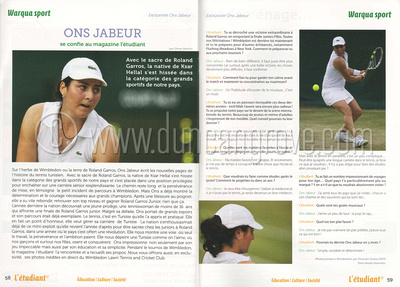