OUWBC select Duncan’s image for the banner of their home page. 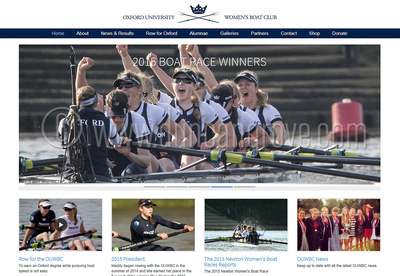 2015 was the first year that the BNY Mellon Oxford vs Cambridge Universities Women’s Boat Race was held on the traditional Men’s Tideway course, on the Rivert Thames beteen Putney and Mortlake.  This was viewed as a historic occasion and widely covered in the press as a significant advance for women’s sport generally.

Oxford University Women’s Boat Club are justifiably proud to have won this historic first race and selected Duncan’s image to illustrate the victory on their web site’s home page.  Duncan was shooting from the Press Launch that was still some distance away, and was only able to capture this shot since he was using a very high resolution body with an exceptionally long lens!  The original image can be seen here.